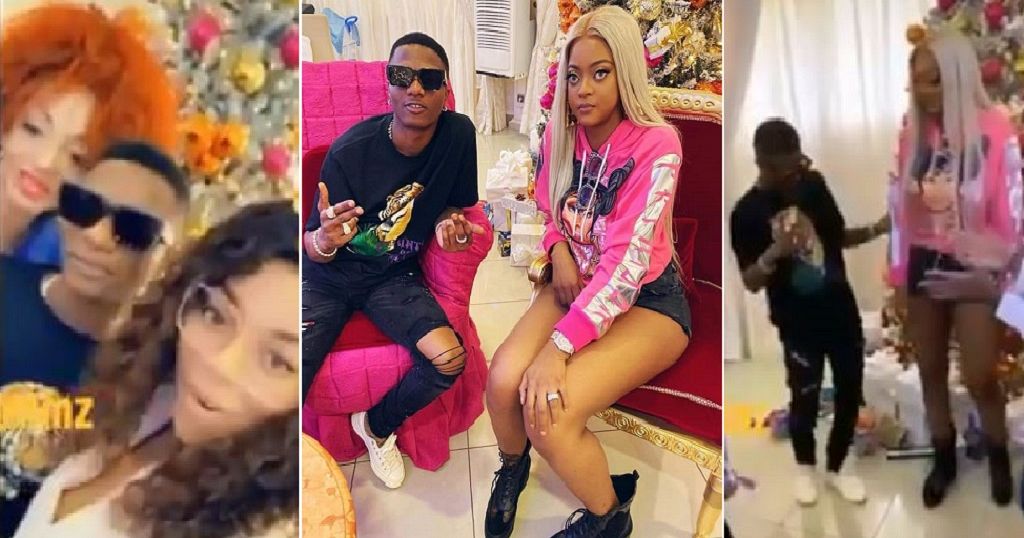 Cameroon’s social media space has been buzzing with news of how Nigerian musician Wizkid was flown into the country by the first family for a private party.

The said party was for the first daughter, Brenda Biya, but a video released by some entertainment sites showed that First Lady Chantal Biya was also in attendance. The party which took place in Douala was a new year bash according to some reports.

Wizkid, real name Ayodeji Ibrahim Balogun is seen singing one of his famed tracks “Joro” in the company of a number of ladies with Christmas tree and gifts also captured.

Wizkid performing for Cameroonian dictator, Paul Biya and his daughters at a private room in Duala Cameroon pic.twitter.com/2Bschusew4

The chatter on Twitter especially is about how taxpayer’s money was used to pay the musician to attend a private party. No proof has been adduced to that effect and government has not commented on the development as yet.

Wizkid had announced that he was going to be in Cameroon on eve of the New Year 2020 for a show in Yaounde, but he did not mention performing for the first family.

Apparently the main reason for the visit, the private opening of a restaurant took place before he was invited to entertain the First Family.

For some commenters, the musician needed be paid for his services irrespective of the source of funding. Others were of the view that it was wrong for taxes to be used in such a manner.