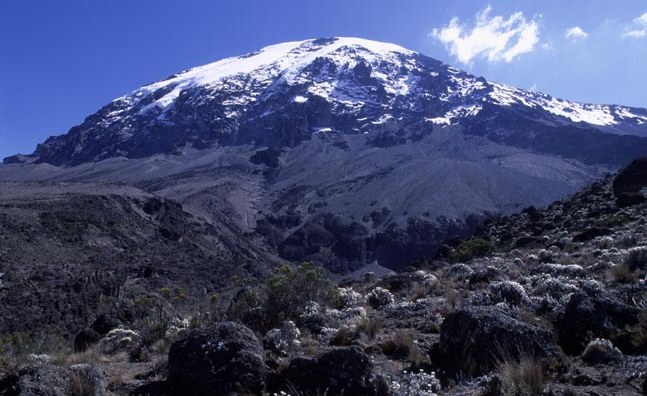 World-renowned adventurer Will Gadd is having a rethink about his ice-climbing career and carbon footprint after discovering that his planned ascent of Tanzania’s Mount Kilimanjaro was no longer possible due to the extensive shrinking of its glaciers.

Gadd, the first person to climb a frozen Niagara Falls, had hoped to scale the remaining ice atop Africa’s highest peak with climbing partner Sarah Hueniken in February. But when they got there, they discovered that the extremely challenging Messner route they wanted to attempt – scaled only once since the 1980s – had lost so much ice it was impossible to ice-climb.

“The trip was an eye-opener for me,” says Gadd, who is helping to raise awareness about fragile mountain ecosystems and glacial melting as a United Nations Environment Programme (UNEP) Mountain Hero. “I’m really disappointed about missing the opportunity to climb the Messner Route, but I’ve come to realize that my carbon footprint, in some small way, contributed to the ice loss. It brings it home to me just how fast the climate is changing, especially in ultra-sensitive environments like glaciers in the tropics.”

In Africa, only Kilimanjaro, Mount Kenya and the Rwenzori range along the border of the Democratic Republic of Congo and Uganda have tropical glaciers. Their high altitudes of more than 5,000 metres above sea level mean temperatures are below freezing most of the year. However, glacier cover and mass have drastically diminished since the 19th century.

“Mountains matter,” says UNEP mountain ecosystems expert Musonda Mumba. “Given the unprecedented speed and magnitude of climate change in mountainous regions, adaptation strategies have to be developed and practical solutions carried out urgently.” She adds that UNEP is working to get mountains included in the post-2020 global biodiversity framework, which is due to replace the Strategic Plan for Biodiversity 2011-2020 and its Aichi Biodiversity Targets.

Kilimanjaro, a dormant volcano that rises 5,985 metres above sea level, is in many ways the poster child for the decline of tropical ice sheets.