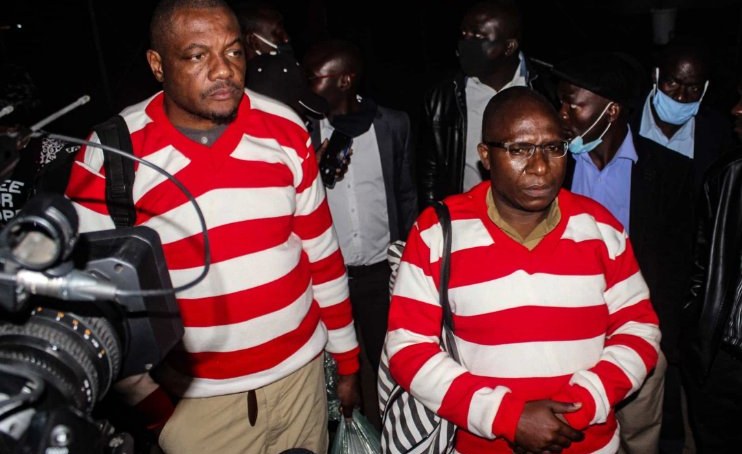 New York — Zimbabwean journalist Hopewell Chin’ono was released today after 44 days in pre-trial detention, following a ruling from Harare High Court Judge Tawanda Chitapi that imposed restrictions on the journalist’s actions while on bail, according to news reports and Doug Coltart, a member of the journalist’s defense team, who spoke with CPJ via phone.

“We welcome today’s long-overdue release of journalist Hopewell Chin’ono, but authorities must immediately drop the vindictive and meritless charges against him and let him live and work freely,” said Angela Quintal, CPJ’s Africa program coordinator.

“Chin’ono’s pre-trial detention in the infamous Chikurubi Maximum Security prison has risked his life during a global pandemic and turned him into a poster child of Zimbabwe’s anti-corruption and good governance movement.”

Chin’ono was released this evening, after he paid $10,000 Zimbabwean dollars bail (US$120), Coltart said. The journalist’s bail conditions require him to surrender his passport, to report to the Highlands police station in Harare, the capital, every Monday and Friday, to reside at his given address in the city, and to surrender title deeds for a property he owns, according to court documents reviewed by CPJ.

Chin’ono is also required to stop using his Twitter account to “incite the holding of mass demonstrations” while on bail, according to those documents. Coltart said the journalist’s lawyers are seeking clarity on whether he can use his Twitter account generally.

Chin’ono was arrested on July 20 and faces charges of incitement, as CPJ has documented. His next court appearance is scheduled for September 14, but no trial date has been set, Coltart said. He added that Chino’ono, who was not in court today, had been feeling ill this week and had symptoms consistent with COVID-19, but was still awaiting test results.