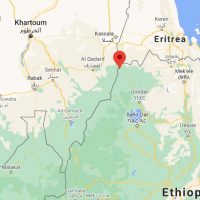 The United Nations human rights chief warned Friday that allegations about mass killings in the northern Tigray region of Ethiopia, if confirmed, may amount to war crimes.

Michelle Bachelet, the UN High Commissioner for Human Rights, called for a full inquiry as the fighting between the Ethiopian military and Tigray’s own regional forces continued, and Prime Minister Abiy Ahmed sought to arrest Tigray leaders – including regional president Debretsion Gebremichael – and replace them with appointees.

“There is a risk this situation will spiral totally out of control, leading to heavy casualties and destruction, as well as mass displacement within Ethiopia itself and across borders,” Bachelet said.

“I am also extremely alarmed at reports of cuts to essential water and electricity supplies, in addition to the communications blackout and blocking of access by road and air,” she added. “This means there is already a dramatic impact on the civilian population, in addition to the risk of death or injury as a result of hostilities.”

Bachelet’s remarks follow a report on mass killings in the village of May Cadera, released by Amnesty International on Thursday.

“We have confirmed the massacre of a very large number of civilians, who appear to have been day laborers in no way involved in the ongoing military offensive,” said Amnesty regional director Deprose Muchena. “This is a horrific tragedy whose true extent only time will tell as communication in Tigray remains shut down.”

Amnesty has yet to identify who is responsible for the killings, but witnesses said it was Tigray forces who primarily targeted ethnic Amhara. Some 500 people were believed to have died.

Bachelet stressed that the first priority in Ethiopia is to end the fighting.

“A protracted internal conflict will inflict devastating damage on both Tigray and Ethiopia as a whole, undoing years of vital development progress,” she said. “It could, in addition, all too easily spill across borders, potentially destabilizing the whole sub-region.”