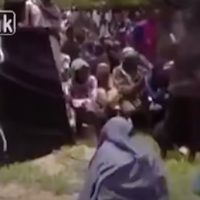 Alexander Nix, a director of companies linked to the former Cambridge Analytica firm and its role in elections in Kenya, Nigeria and other nations, will serve a seven-year suspension from acting as any firm’s director without court permission.

The decision announced Thursday by the British government follows a high-profile investigation into Nix, Cambridge Analytica, SCL Elections, and four other related firms that provided data analytics, marketing and communication services to political and commercial customers. The companies were liquidated in 2019.

“Following an extensive investigation, our conclusions were clear that SCL Elections had repeatedly offered shady political services to potential clients over a number of years,” said Mark Bruce, the chief investigator for the UK’s Insolvency Service. “Company directors should act with commercial probity and this means acting honestly and correctly. Alexander Nix’s actions did not meet the appropriate standard for a company director and his disqualification from managing limited companies for a significant amount of time is justified in the public interest.”

The seven-year disqualification period in the UK begins on October 5.

Nix and colleague Mark Turnbull were exposed during an undercover investigation by Britain’s Channel 4 in 2018, with video implicating them both as they explained how social media data was used to craft targeted political messages. The video also showed them describing methods to compromise candidates – including the film evidence of corruption through cash and land bribes, or trapping them with Ukrainian sex workers.

The two bragged about their role in Kenya’s elections in both 2013 and 2017, as well as elections in Nigeria, Mexico, Malaysia and the 2016 campaign for United States President Donald Trump. The campaigns in the U.S. and UK led to the investigation and subsequent scrutiny of content standards at Facebook too.

A different video linked to Cambridge Analytica, released by the News Agency of Nigeria through British media outlet The Guardian, showed how disturbing and violent images were used to oppose President Muhammadu Buhari during the 2015 election cycle.