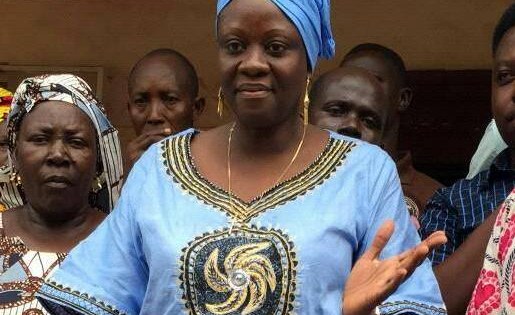 Freetown — Sierra Leone’s President Julius Maada Bio on Friday vowed to crush an act of “terrorism” been allegedly perpetrated against the state and accused the main opposition All People’s Congress (APC) of being behind it.

Bio, in a televised address to the nation, said he had ordered security forces to take tougher actions against anyone found involving in the acts which he described as premeditated and targeted at the state and public officials.

The statement made on live broadcast on state TV has been described as the strongest since the former military head assumed the presidency as a civilian two years ago.

It comes after a series of deadly unrests in the last two weeks that have claimed nearly two dozen lives. Several people have been detained as a result, among them top opposition figures.

“Evidence emerging from investigations have named known local leaders and members of the APC as being responsible for inciting, planning, financing, mobilising, and in some cases actively participating in violent terrorist attacks against the people of this country,” President Bio said.

The governing Sierra Leone People’s Party (SLPP) took power from the APC in 2018, bringing to an end 11 years of rule by the latter.

That disputed election was characterised by widespread violence which analysts said further divided a country already divided along ethnic lines.

President Bio recounted overtures he’d made towards the opposition in the last two years towards unifying the nation, all of which he said were ignored by the APC.

The unrests in the last two weeks commenced with a riot in the maximum prison in Freetown, which claimed 12 lives. Then there were riots in at least two other districts, amidst conflicting reports about the number of deaths.

The development raised concerns both locally and internationally about a possibility of Sierra Leone slipping back into conflict.

Sierra Leone was ravaged by a civil war between 1991 and 2002, which was blamed on decades of maladministration and tyranny.

The APC was in charge of the country when the war broke out.

The party now says all the factors leading to that war are present today and it blames the leadership style of Bio.

But the government says the unrests in the last two weeks were part of a calculated plot by the APC to fulfil a threat by its defeated candidate in 2018 elections to make the country ungovernable.

“For each of the attacks at Lunsar, Foredugu, Tombo, and the prison breakout at Pademba Road Correctional Centres, known agents and associates of the All People’s Congress party have publicly predicted the precise date, target, and nature of the attacks. There is an obvious pattern. These attacks are therefore premeditated, orchestrated, and executed with a clear objective – to make the state ungovernable,” the president said.

“The silence of the national APC leadership on the active participation of their members and executive members in these acts of terrorist violence, senseless loss of lives, injuries and wanton destruction of public and personal property is truly disconcerting,” he added.