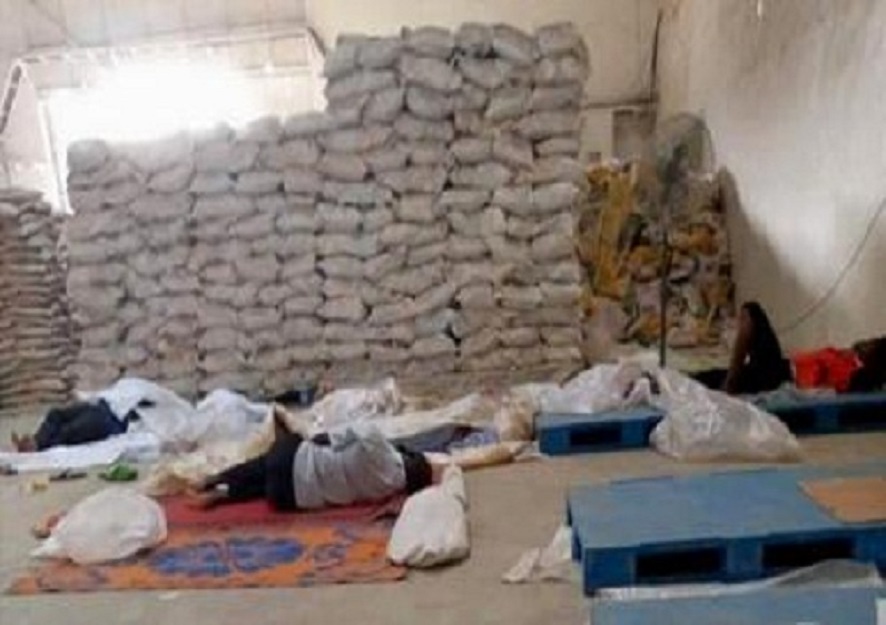 About 300 rice processing workers who were forced to work during the coronavirus lockdown in northern Kano, Nigeria have been rescued by the police.  The men who were camped in the factory since March were allegedly not permitted to leave the mill. However, the five managers at Popular Farms, the Indian-owned rice processing mill are in police custody.

The reluctant workers, who did not want to stay were threatened with a sack and those who agreed to the terms were promised an additional $13 (£10) a month to add to their original $72 a month salary.

Abdullahi Haruna, police spokesman, said the owners of the plant are being investigated for “holding the men against their will” and the plant has been shut down. The men told the BBC they were 300, but 126 people were found.

It was a tip off by one of the incarcerated men to a human rights organisation that the police became aware of the predicament of the men.

Karibu Yahaya Kabara of the Global Human Rights Network said, “What I saw was heart breaking. Where the company kept these people to live is not fit for animals. Their meals weren’t enough and there were no drugs for those that took ill,” he said.

Kabara added that his outfit had taken on the mantle to seek justice for the men who were confined for nearly three months and were denied freedom of movement and some basic human needs.

According to some of the men, they were made to work majority of the time with little food during their confinement.

“We were allowed to rest for only a short time, no prayers were allowed, no family visits,” 28-year-old Hamza Ibrahim, one of those rescued, told the reporters.

In February, workers at Popular Farms said they were asked to take on extra shifts and work overtime because their employers wanted to have enough produce in their warehouse as they prepared for the nationwide shutdown.

Nonetheless, the operators of the mill decided to keep on with production and offered the workers more money. Those who did not want to oblige were to be sacked.

Sadly, the workers who decided to stay did not know they were exchanging their freedom for a small token. It was only until later that they realised what was happening.

The government of Nigeria rolled out some measures to curb the spread of the novel coronavirus and shutting down businesses like the rice factory because it will be difficult to observe social distancing protocols in such a setting.

Now, lockdown restrictions have eased up in Nigeria but Kano, which is the second-biggest city has the most cases in the north.