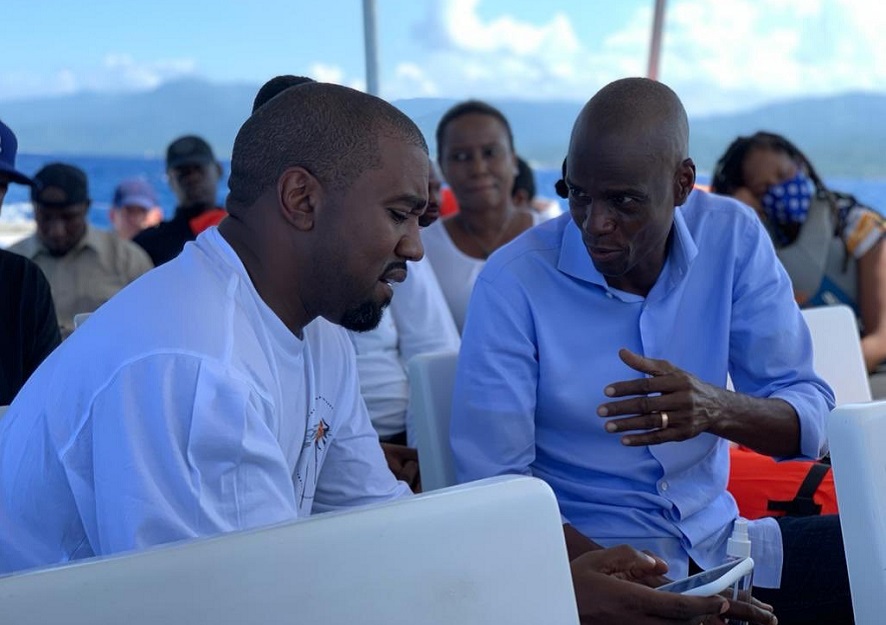 Following a trip to Haiti in September alongside Iranian-American venture capitalist Shervin Pishevar, rapper and fashion designer Kanye West revealed the president of the Caribbean island has given them a portion of Tortuga/Turtle Island to develop into a “city of the future.”

Touching on the subject during an interview on the Joe Rogan Experience podcast over the weekend, the 43-year-old explained how the project would benefit locals on the island.

“We go to Haiti and the president gives us this island to develop; to make it a city of the future,” Kanye said. “We’re gonna have the farmers and the people that live there take ownership of the land they have right now so when it raises in value, they all eat.”

West’s announcement of their partnership with president Jovenel Moïse and his government, however, did not sit down well with some people on social media, prompting him to clarify the details of the agreement on his Twitter page on Tuesday, GQ reports.

“Just to be CLEAR: WE ARE IN ENGAGED WITH HAITI’s GOVERNMENT  to make a transformational INVESTMENT to bring  JOBS,  DEVELOPMENT, HELP SUPPORT LOCAL  FARMERS and FISHERMEN and Build a  new « CITY OF THE FUTURE » in a very beautiful country,” he tweeted.

Though there is little information on the reported partnership and project, the rapper joins fellow entertainer Akon to jump on the futuristic and smart city initiative. In an August interview with the Associated Press, the Locked Up singer revealed the construction of a $6 billion futuristic pan-African city in his home country of Senegal is set to commence next year.

The 47-year-old musician, born Aliaume Damala Badara Akon Thiam, shared his plans of building the city in 2018, describing it as “a real-life Wakanda” in reference to the Afro-futuristic city in Marvel’s movie, Black Panther. He also said the city will use a cryptocurrency called AKoin.

Providing more details about the project, the musician told the Associated Press he hoped it would create jobs for locals in the West African nation as well as serve as a “home back home” for Black Americans and other people in the diaspora who are being racially discriminated against.

“The system back home treats them unfairly in so many different ways that you can never imagine. And they only go through it because they feel that there is no other way,” said Akon.

“So if you’re coming from America or Europe or elsewhere in the diaspora and you feel that you want to visit Africa, we want Senegal to be your first stop.”