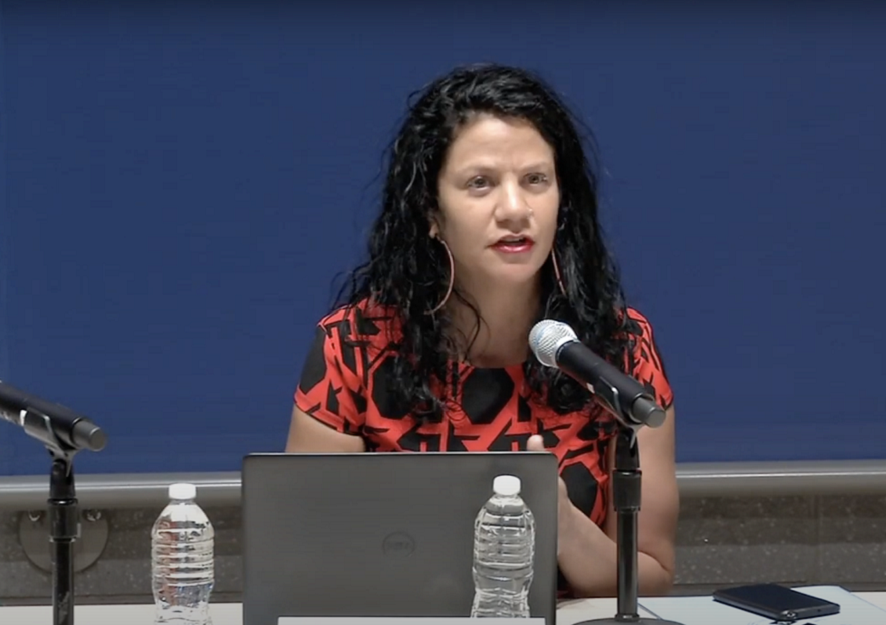 An African-American history professor at George Washington University, Jessica Krug, confessed that she has been posing as a Black woman for over a decade even though she is in actual fact, Caucasian.

Krug, 38, revealed in a post on Medium on Thursday that she had deceived friends and colleagues about what race she is for so long and felt it was time to come clean.

The post was titled The Truth, and the Anti-Black Violence of My Lies, and it detailed how a white Jewish woman had gone through her career, choosing to be Black.

Krug wrote: “To an escalating degree over my adult life, I have eschewed my lived experience as a white Jewish child in suburban Kansas City under various assumed identities within a Blackness that I had no right to claim: first North African Blackness, then US rooted Blackness, then Caribbean rooted Bronx Blackness.”

She describes what she has done as a “violent anti-black lie” that is “the very epitome of violence, of thievery and appropriation, of the myriad ways in which non-Black people continue to use and abuse Black identities and cultures”.

Krug now refers to herself as a “culture leech” who took funding from the Schomburg Center for Research in Black Culture in Harlem, New York, according to The Guardian.

In her post, Krug mentioned “unaddressed mental health demons” but also added that she does not believe they are good reasons to explain her fake identity.

In her book Fugitive Modernities too, Krug writes: “My ancestors, unknown, unnamed, who bled life into a future they had no reason to believe could or should exist…Those whose names I cannot say for their own safety, whether in my barrio, in Angola, or in Brazil.”

It is currently not known if and when George Washington will take a decision on Krug’s revelations. According to the school, Krug holds a PhD in African-American history with focus on “politics, ideas, and cultural practices in Africa and the African diaspora”.

Krug’s confession brings to mind the similar story of Rachel Dolezal who posed as a Black woman all the way to becoming the NAACP leader in Washington state. Dolezal’s true identity was revealed by her parents in 2015.