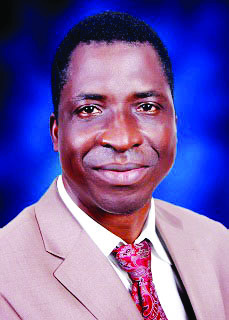 Being pregnant and the ability to bear children is a biological process, which is time-dependent and requires actions on the part of the woman and the man.  Yet, having no child is a major problem in most societies affecting 10-15 percent of couples as well as childlessness resulting in major family unhappiness.

Natural steps to get pregnant

Step one: The woman needs a man for this step. Your children will reflect the mother and the father. The idea of this step is to get the sperm of the man to meet the egg inside the woman through natural sexual exercise.

Step two: Determine the time for ovulation. This is the time that the woman’s eggs are released in readiness for fertilisation and pregnancy. The rule is that, ovulation occurs 14 days before the woman’s menstruation (monthly period). In a 28-day cycle, this is 14 days before the woman’s menstrual period. Ovulation may occur, though, between 13 and 17 days before the menstrual bleeding. The woman’s egg will only survive for 24 hours after ovulation. Therefore, time is of the very essence. There are signs to tell a woman when ovulation has occurred. These signs include a rise of about 0.5 Celsius in body temperature if ovulation has occurred. There may be a clear gel-like vaginal discharge. Sometimes, there could be abdominal pain called ovulation pain. To get these signs, the woman should have been monitoring her body temperature and putting the figures in her diary for about three months. This record will help predict the ovulation time.

Step three: The released sperms from the man during sex are still active for three days after the sperm is released into the woman though they may become weakened as time goes on. The more the number of quality, motile sperms – in their millions – that are available for fertilisation, the better the chances of pregnancy occurring.

Step four: If pregnancy does not happen on first attempt, try again every time on these occasions that I have advised above (ovulation time) or you can try randomly if you have no time to monitor your ovulation. Most pregnancies occur on random basis anyway.

Artificial methods to get pregnant

There are various methods that can be used to achieve pregnancy these days away from the natural methods. Types: artificial insemination and IVF (In-vitro-fertilisation) and its many variants are available options otherwise called “test tube” babies.

How to know you are pregnant

In the first 12 weeks

In general, the first sign of pregnancy in almost all women is a missing menstrual period. In some women, the monthly bleeding may continue even in the presence of pregnancy. In women who are not having regular periods or in women who are on the contraceptive pill or other medications, this sign/symptom of absence of period may not be reliable.

Second, there is feeling different, being tired, feeling of nausea, vomiting are earliest signs and symptoms. Appetite may increase; you eat more than usual. Third, the definitive confirmation of pregnancy is to (a) have a pregnancy test. A positive test is a good indicator. Be mindful of false positive tests which may occur for many reasons. It takes a minute or two to carry out this test and most will pick up ongoing pregnancy of even two to four weeks old; (b) have an ultrasound scan as soon as possible via your doctor or in ante-natal clinic. This is perhaps the ultimate evidence apart from the more complex investigations that could be carried out by doctors.

Beyond the first 12 weeks

One, a pregnant woman’s weight increases as the baby gains weight and the woman eats more. Two, the tummy’s (abdomen) increasing size becomes more obvious. In some women, this may not be so obvious. I have seen women who were 9-months pregnant without being aware of it. They thought their personal weight had merely increased even though the baby was kicking! Yet, there are reports of women who were in full term labour before they realised that they were pregnant!

Three, swelling of legs and possibly hands can happen. Four, at between 18 and 20 weeks and beyond, the woman can begin to feel the kicking of the baby inside her. It’s important that the expectant mother should register for antenatal care as soon as possible.