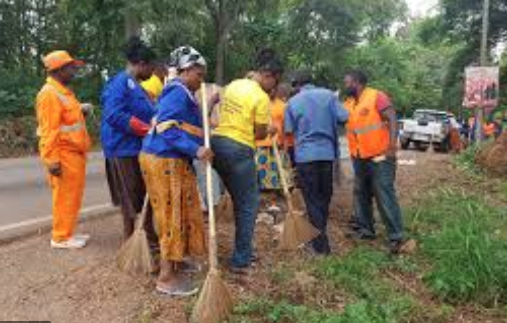 A public health expert, Dr. Tunde Ayeye, has called for an improvement in environmental hygiene, saying it is panacea that can significantly reduce deaths from communicable diseases, such as Covid-19, malaria, diarrhea and pneumonia.

Ayeye said it is said that many do not know that Covid-19, which currently ravages the world, can be prevented by environmental and personal hygiene. He stated this at the press conference to herald the 40th anniversary of Draiklinas, a commercial and industrial dry cleaning firm at the company’s headquarters, in Lagos.

Ayeye, the Vice Chairman of the company, said a lot of the ailments and infections plaguing the society can be prevented if more attention is put on achieving a cleaner environment and total compliance to necessary hygiene protocols. He said more than half of close to one million children dying in Nigeria before their fifth birthday projected by UNICEF can be prevented by just simply improving access to water, sanitation and hygiene.

To mark the Draiklinas’ 40th anniversary, Ayeye said the company would be embarking on aggressive clean-up and life-saving advocacy with a series of initiatives aimed at ensuring the cleanliness and improved hygienic condition of the environment. Part of the initiatives, according to him, includes ‘the clean your gutter, clean your street campaign,’ targeted at the general public while ‘adopt a street, clean the road, gutter and adopt a garden, plant and maintain a garden’ would be targeted at corporate organisations in the state.

He announced that the company would be adopting a garden near its headquarters in Gbagada, which it will beautify and maintain in conjunction with LASPARK, even as it is working with the Community Development Associations to adopt a road and distribute insecticide-treated nets to under-served communities.