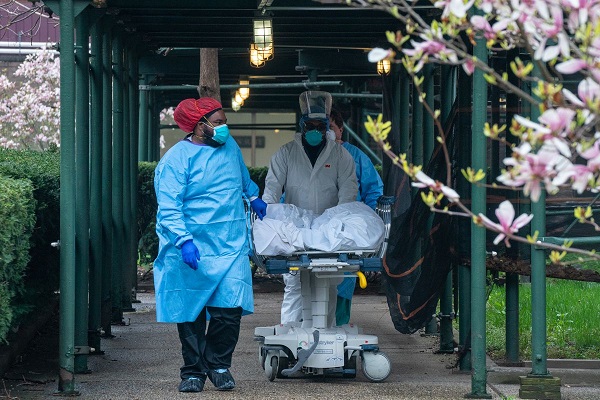 The Management of the Federal Medical Centre(FMC), Abeokuta, Ogun state has commenced rigorous decontamination of the facility following the death of a pregnant woman.

The expectant mother died due to complications arising from COVID – 19 infection,

The woman was tested for COVID – 19 alongside two others – a male and a female- but she died while awaiting result of the test.

One other person tested positive – a male while the third person, a female, tested negative.

The Nation gathered the health workers that attended to the two index cases have commenced the standard procedure of isolation while contacts tracing had also commenced.

Reacting, the Hospital’s Head of Clinical Services (HCS), Dr. Fidelis Ojeblenu, confirmed the COVID -19 death recorded at the facility as well as another positive case, saying the male positive index case has been moved to an Isolation Centre located in Ikenne.

Ojeblenu said: “This is to confirm that two patients tested positive for Covid-19 in the hospital. One is a pregnant lady who passed on yesterday. Her result returned positive today.

“The second patient is a young man who has now been transferred to another isolation centre in the state. He is clinically stable. Both patients were managed in the Accident and Emergency Complex.

“They were suspected cases right from onset and hence were isolated from other patients and staff throughout their stay in the unit.

“Also, the staff that attended to them observed the prescribed standard protocols and procedures. The standard practice of contact tracing, decontamination amongst others have commenced. The hospital is generally calm as anti panic measures are in place. You will be updated as necessary.”

It was gathered that pregnant woman who had visited the obstetrics and gynecology unit of the facility, was said to have been moved from one ward to the other before her death.