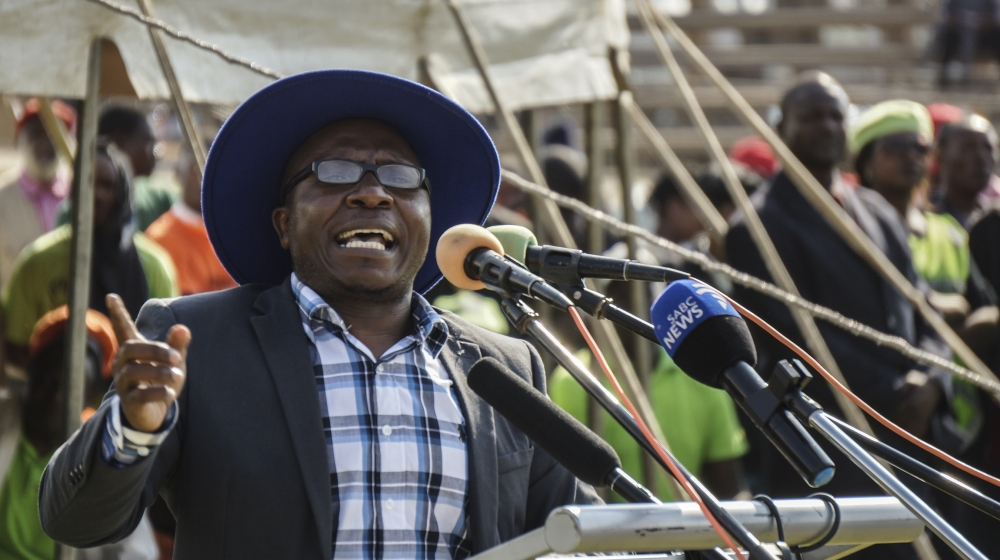 Zimbabwean opposition politician Jacob Ngarivhume has been granted bail in his fourth attempt since being detained on July 20 after calling for anti-government protests against corruption and the country’s economic crisis.

High Court judge Siyabona Musithu on Wednesday granted Ngarivhume’s appeal against the ruling of a lower court that had denied him bail and said, “The magistrate erred.”

The politician was ordered to pay 50,000 Zimbabwe dollars ($138), surrender his passport and report to the police three times a week.

Ngarivhume was arrested on the same day as prominent journalist Hopewell Chin’ono and charged with inciting the public to commit violence. The two men have denied the allegations.

Chin’ono, who had tweeted his support for the protests, was also released on Wednesday and ordered to pay bail of $120 by the High Court, which declared that a magistrate who had earlier denied Chin’ono bail had been “misdirected” in his decision.

The protests had been planned for July 31, the second anniversary of a general election won by President Emmerson Mnangagwa amid accusations of fraud.

The planned rallies were denounced by Mnangagwa as “an insurrection to overthrow our democratically elected government”, while the police banned them, citing coronavirus restrictions.

Still, some 20 activists held demonstrations in their neighbourhoods, including award-winning author and Booker Prize nominee Tsitsi Dangarembga. They were arrested and have since been freed on bail.

Government critics and opposition activists accuse the government of attempting to muzzle the press and using the COVID-19 lockdown to arrest, harass and torture activists. The government denies the accusations.

In neighbouring South Africa, President Cyril Ramaphosa said on Monday he would be sending a second batch of envoys to Zimbabwe within “days” in a fresh attempt to resolve the crisis.

A first delegation last month did not meet opposition parties and was widely criticised for failing to confront Mnangagwa about the crackdown on dissent.

Mnangagwa came to power after the military removed his longtime predecessor, Robert Mugabe, in November 2017. He went on to win a disputed election the following year, promising to tackle corruption and revive the country’s shattered economy.

Two years on, however, Zimbabwe is facing a severe economic crisis marked by soaring inflation, high unemployment, foreign exchange shortages and a local currency that is rapidly depreciating against the US dollar.