Here are the latest updates.

A strong typhoon is roaring towards the Philippines as authorities work to evacuate tens of thousands of people, while avoiding overcrowding in emergency shelters that could spread the coronavirus.

Typhoon Vongfong – the first to hit the country this year is expected to slam ashore on eastern islands later on Thursday with maximum sustained winds of 150 kph (93 mph) and gusts of up to 185 kph (115 mph).

Governors say social distancing will be nearly impossible for residents staying in emergency shelters. Some shelters are now serving as quarantine facilities, and they may have to be turned back into emergency storm shelters.

The United Nations is forecasting that the coronavirus pandemic will shrink the world economy by 3.2 percent this year, the sharpest contraction since the Great Depression in the 1930s, pushing an estimated 34.3 million people into extreme poverty mostly in Africa.

The UN’s mid-year report said COVID-19 is expected to slash global economic output by nearly $8.5tr over the next two years, wiping out nearly all gains of the past four years.

In a video address late on Wednesday, Guterres pointed to “grief at the loss of loved ones, shock at the loss of jobs, isolation and restrictions on movement, difficult family dynamics, and uncertainty and fear for the future.”

“After decades of neglect and under-investment in mental health services, the COVID-19 pandemic is now hitting families and communities with additional mental stress.”

Australia posted its biggest ever monthly rise in unemployment on Thursday because of coronavirus lockdown measures, even as the country begins to gradually ease those social distancing rules.

Thursday’s data from the Australian Bureau of Statistics (ABS) showed employment in April dropped by 594,300, the largest fall on record, fuelling the 6.2 percent unemployment.

03:49 GMT – Japan seeks to end state of emergency for most regions; Tokyo to stay on alert

Japan was expected to lift a state of emergency across a large part of the country on Thursday, according to Reuters news agency, but the capital Tokyo will remain under restrictions until there is a convincing containment of the coronavirus.

Prime Minister Shinzo Abe is scheduled to hold a news conference later on Thursday, and is expected to announce the lifting of the state of emergency for 39 of Japan’s 47 prefectures, but not including Tokyo.

The world’s third-largest economy declared a nationwide state of emergency a month ago, urging citizens to reduce person-to-person contact by 80 percent in an effort to slow the pace of new infections and ease the strain on medical services. The government had said it would reassess the situation in mid-May. 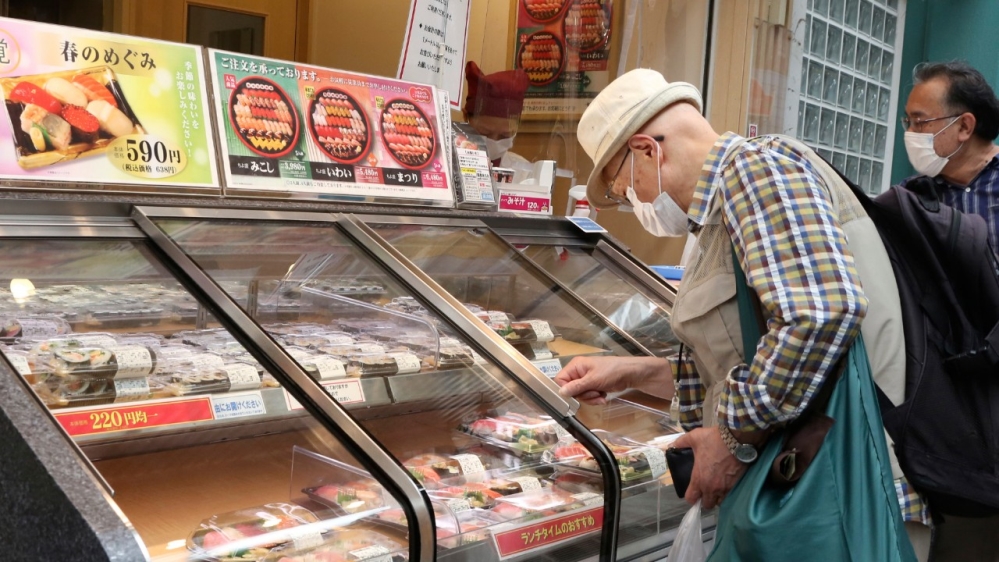 Infections in Seoul coming from nightspots in the neighbourhood of Itaewon reached 72 on Thursday, according to the Yonhap news agency, raising fears over what South Korean health authorities described as “a truly cruel virus” further spreading in the greater area of the capital.

The cases traced to Itaewon is the second-largest cluster of infections in Seoul, following 98 cases linked to a call center in the southwestern area of Sindorim.

Daily new infections in the country came in at 29, including 22 in Seoul area, bringing the country’s total infections to 10,991 on Thursday, Yonhap quoted health officials as saying. The death toll is at 260.

The supreme court of the US state of Wisconsin has struck down Gov Tony Evers’ coronavirus stay-at-home order, ruling that his administration overstepped its authority when it extended it for another month without consulting legislators.

The 4-3 ruling essentially reopens the state, lifting caps on the size of gatherings, allowing people to travel as they please and allowing shuttered businesses to reopen, including bars and restaurants.

The decision let stand language that had closed schools, however, and local governments can still impose their own health restrictions.

The Japanese company, Takeda Pharmaceutical, could start a clinical trial as early as July for a potential treatment of COVID-19 that is based on antibodies from recovered patients’ blood, company executives said.

The clinical trial would include hundreds of patients and take several months to complete. If successful, Japan’s Takeda could file for approval by US authorities this year, said Julie Kim, president of the plasma-derived therapies unit of Takeda.

“When the product will be available beyond the clinical study is still a bit unclear,” Kim said on an investor call. “But we do expect that before the end of the year, we should see some information in terms of broader use.”

01:18 GMT – Whistle-blower: US could face ‘darkest winter’ if virus rebounds

America faces the “darkest winter in modern history” unless leaders act decisively to prevent a rebound of the coronavirus, says a government whistle-blower who alleges he was removed from his job after warning the Trump administration to prepare for the pandemic, the Associated Press news agency reported.

Immunologist Dr Rick Bright made his sobering prediction in a testimony prepared for his appearance on Thursday before the House Energy and Commerce Committee. Aspects of his complaint about the administration’s early handling of the crisis are expected to be backed up by testimony from an executive of a company that manufactures respirator masks.

“Our window of opportunity is closing,” Bright says in his prepared testimony posted on the House committee website. “If we fail to develop a national coordinated response, based in science, I fear the pandemic will get far worse and be prolonged, causing unprecedented illness and fatalities.”

The new infections brought confirmed coronavirus cases to 40,186 and 4,220 deaths in total, according to the official tally. 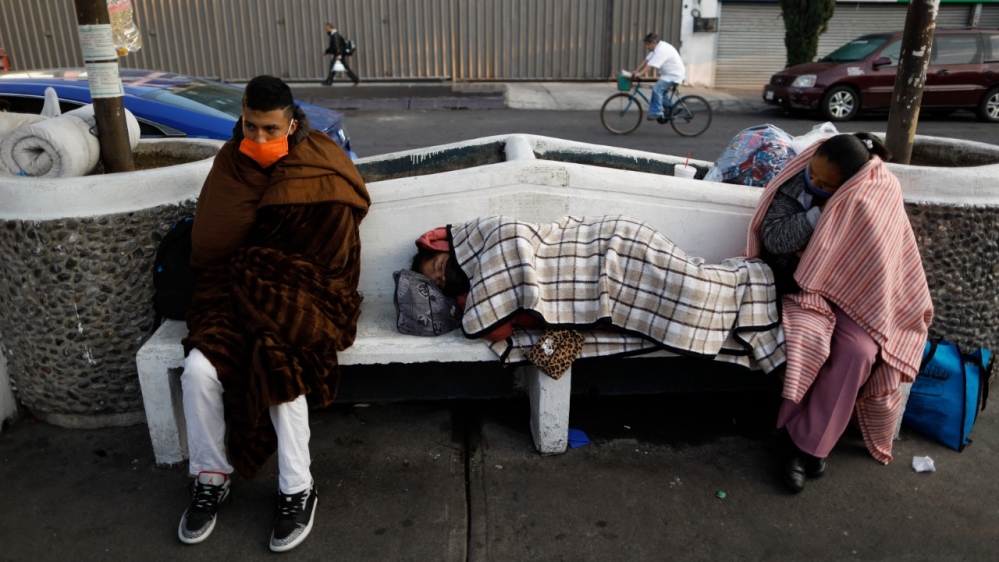 People sit bundled up against the cold after spending the night waiting for news of relatives being treated for suspected COVID-19, outside the Mexico General Hospital, in Mexico City [Rebecca Blackwell/AP]

00:48 GMT – Canada, US likely to extend travel restrictions until June 21

Canada and the US appear likely to extend a ban on non-essential travel until June 21 amid the novel coronavirus pandemic, a Canadian government source and a top US official told Reuters news agency.

The two neighbouring countries had agreed on April 18 to extend border restrictions until May 21 as cases of the disease continued to rise in both nations. Canada is now pressing for the measures to remain for another month.

“It’s too early to lift the restrictions, so we’re working toward an extension,” said one Canadian government source, describing the talks with Washington as positive.

Chad Wolf, acting US Department of Homeland Security secretary, also said later on Wednesday that restrictions across the borders with Canada and Mexico would likely be extended.

China’s National Health Commission reported on Thursday at least three new cases of the coronavirus cases in the country as of the end of Wednesday – down from seven cases the previous day.

The health agency also said none of the cases was imported. 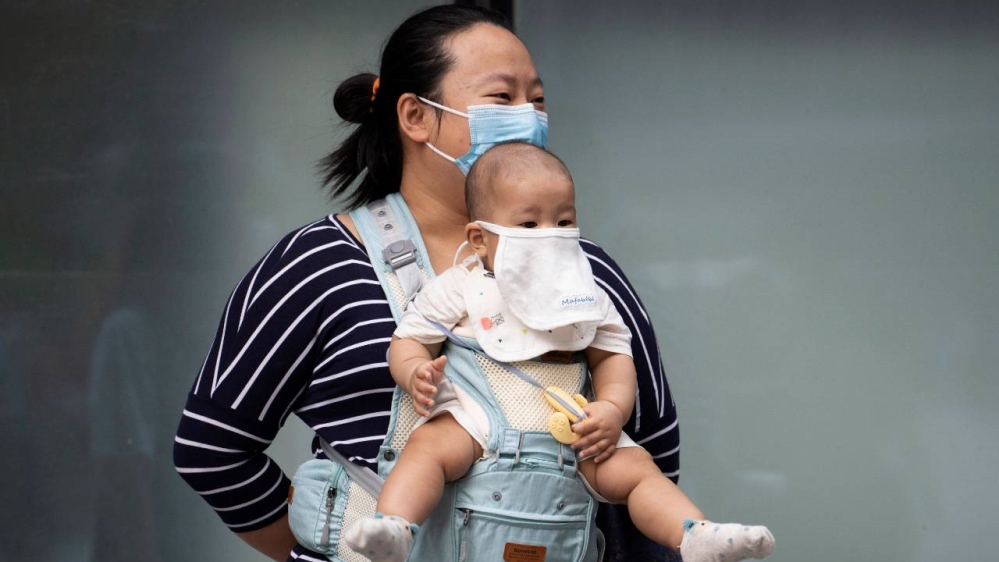 The chief spokesman for Mexican Foreign Minister Marcelo Ebrard has tested positive for the coronavirus and an official in the president’s office has died of the disease, bringing the pandemic closer to the inner circle of government.

The spokesman, Roberto Velasco Alvarez, a close aide to Ebrard, said he had COVID-19, the respiratory illness caused by the novel coronavirus.

Mexico has recorded more than 38,000 infections and close to 4,000 deaths due to the virus.