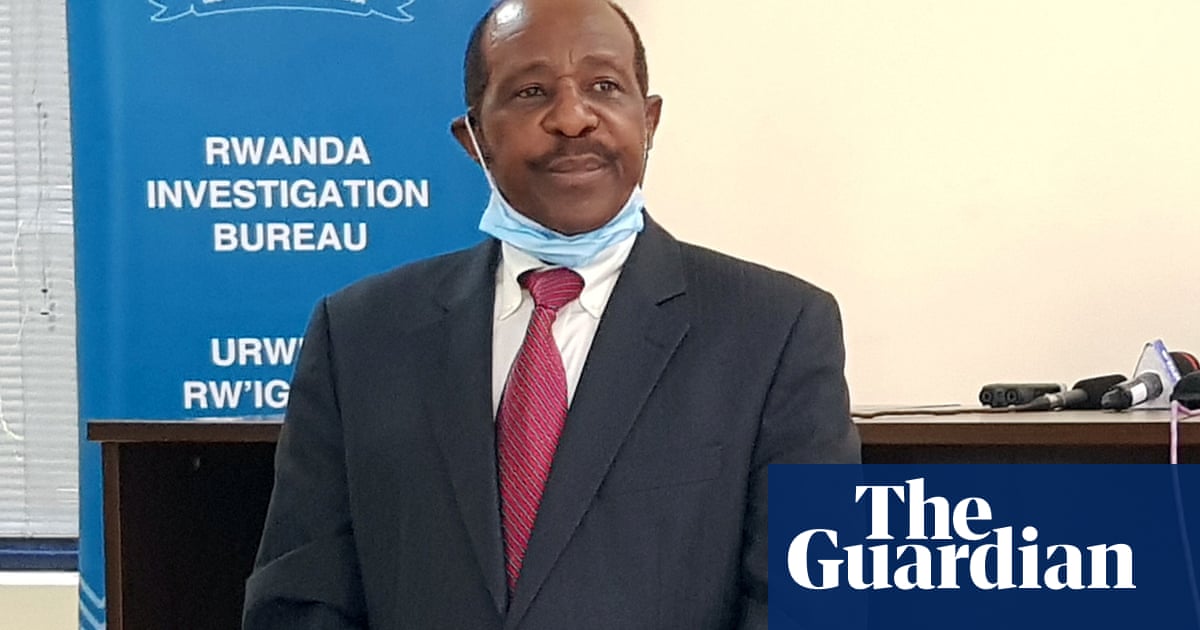 Lawyers for Paul Rusesabagina have called on a UN investigator to immediately intervene in the case of the human rights activist – and inspiration behind the film Hotel Rwanda – who is being detained in Rwanda and is alleged to face a “serious risk of torture”.

The letter to Nils Melzer, the special rapporteur on torture, comes one week after Rusesabagina, a prominent critic of the Rwandan president, Paul Kagame, was revealed to have been brought to Kigali from Dubai in what his lawyers have called an illegal rendition.

Rusesabagina is a Belgian citizen and a permanent US resident, but his lawyer, Jared Genser, said he had not had contact with any of his own approved lawyers, Belgian diplomats, or his family since he was last seen paraded before television cameras last Monday in handcuffs and accused of terrorism-related offences.

“Given these serious human rights violations, and the Rwandan government’s long-standing prior persecution of Mr Rusesabagina, he is at immediate and serious risk of torture or cruel, inhuman, or degrading treatment or punishment,” the letter said.

“We respectfully request that … you investigate the situation and immediately reach out to the government of Rwanda, urging it to provide proof that Mr Rusesabagina is still alive.”

At a press conference aired on national Rwandan TV, Kagame denied that Rusesabagina had been kidnapped and insisted that there had been “no wrongdoing in the process of his getting here”.

Suggesting that Rusesabagina had willingly gone to Rwanda, Kagame added: “He got here on the basis of what he believed he wanted to do and he found himself here.”

In a letter to the UN special rapporteur, Genser and Brian Tronic said the Kagame government had sought to “discredit, smear, and silence” Rusesabagina for decades because of his outspoken criticism of Kagame.

Rusesabagina gained international acclaim after he was credited with saving the lives of 1,268 Rwandans during the country’s genocide as the manager of one of Kigali’s luxury hotels, after he turned the Hotel Milles Collines into a safe haven for those seeking shelter from the slaughter. The story was later captured in the Hollywood film Hotel Rwanda.

Why are the UK and US still downplaying the genocide of the Tutsi in Rwanda? | Linda Melvern

Since then, his lawyers claim, Kagame’s government has sought to discredit Rusesabagina’s “acts of heroism” and has accused him of being a genocide denier, a claim his legal team denies. The persecution, they say, is part of a pattern of Rwanda’s aggressive pursuit of Kagame’s detractors, an assessment that is shared by human rights groups, including Human Rights Watch, which has documented forced disappearances and mysterious deaths of journalists and government critics.

On 26 August, Rusesabagina flew from Chicago to Dubai on an Emirates flight for a short trip – he was intending to go to meetings – and arrived in Dubai shortly after 7pm, his lawyers said. Later that night, at 11pm, he called his family to tell them he had arrived safely. It was the last time they heard from him.

Flight logs examined by the lawyers have identified a private jet that took off from Dubai’s Al Maktoum airport a few hours later – at 12.55am. They have said they believed it was “highly likely” that Rusesabagina was on the plane, a Bombardier Challenger that is operated by a company used by the Rwandan government.

Four days later, on 30 August, Rwandan authorities notified Belgium that it had detained a Belgian citizen but did not specify the person’s identity.

The lawyers for the dissident also strenuously denied allegations aired by Kagame that Rusesabagina was the head of a “group of terrorists” who have killed Rwandans. While a Rwandan lawyer, David Rugaza, has appeared in press conferences and claimed to represent Rusesabagina, his children have referred to him as a “fake lawyer” who had been chosen by Kagame’s people.

The case has highlighted what lawyer Jared Genser called the story of “two Rwandas”: the Rwanda that Kagame would like to “show the world”, which has made strides in the rights of women and girls, attracted foreign direct investment, and is supported by international figures like the former UK prime minister Tony Blair, and the “other” Rwanda that aggressively stamps out any challenge to Kagame.

In an interview with the Guardian, Genser – who is based in Washington DC – pointed to Blair’s longstanding public support of Kagame, and his heralding of Rwanda as a major African success story, saying such bolstering of the Rwandan president was “very, very helpful to tamp down criticism” of his alleged abuses of dissenters.

Blair’s organisation, the Tony Blair Institute for Global Change, devotes a page of its website to its work in Rwanda, and says the country has been built upon “visionary leadership” since the 1994 genocide, in which up to a million Tutsis, and moderate Hutus, were killed in violence largely carried out by the Hutu majority.

“Rwanda today is a nation on the rise, powered by resilience, shared values of solidarity, and a purposeful government,” the website states. It also says Kagame’s government sets “bold ambitions to improve the lives and livelihoods of Rwandans”.

The institute did not respond to a Guardian request for comment on its support of Kagame or of Rusesabagina’s detention and alleged rendition.

Nils Melzer, the UN rapporteur, could not immediately be reached for comment.