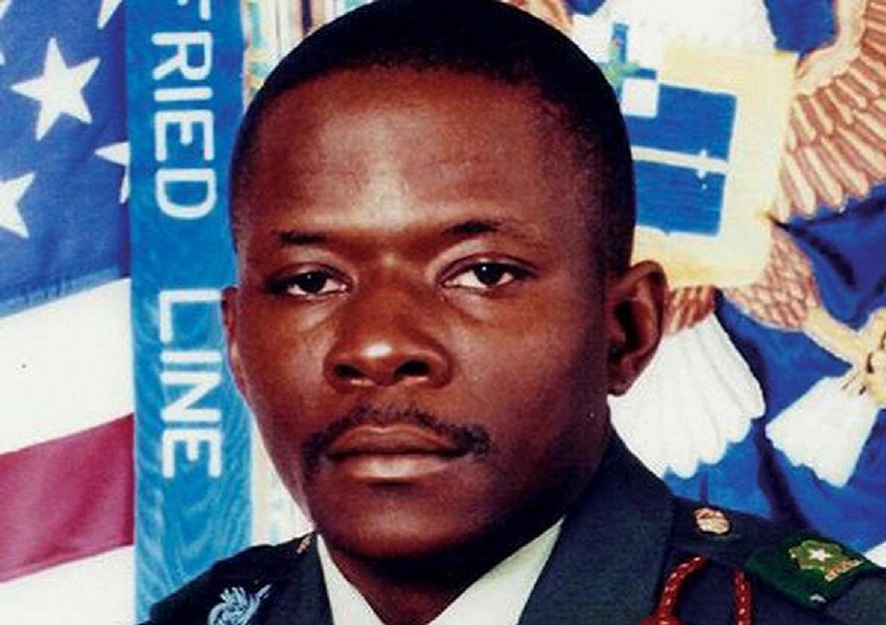 When a roadside bomb exploded next to Alwyn “Al” Cashe’s Bradley Fighting Vehicle on October 17, 2005 while on patrol in Samarra, Iraq, he wasn’t initially hurt. But when he ran back into the vehicle in an attempt to rescue his fellow soldiers trapped inside the vehicle, he suffered second and third-degree burns over 70 percent of his body.

Cashe, a Florida native who served in the first Gulf War and two subsequent tours in Iraq, died a month later at the Brooke Army Medical Center in San Antonio, Texas. Even on his deathbed, those who were with him said he never stopped asking about his fellow soldiers, four of whom ultimately died at the Texas hospital from the burns suffered from the explosion.

Cashe was posthumously awarded the Silver Star for his rescue attempts even while being shot at. Witnesses said that in spite of the pain from the heat that burned his uniform and body armor off him, Cashe repeatedly entered the burning vehicle to save his men. Battalion commander, then-Col. Gary M Brito, who recommended the Silver Star medal, would later learn of these specific details of Cashe’s actions. He then launched a campaign to have his Silver Star upgraded to the Medal of Honor.

Reports said the nomination was submitted to the Army in May 2011, and nothing was heard from authorities about the military honor until last month when the Pentagon expressed readiness to grant Cashe the medal, and make him the “first African American to receive the award for actions in the most recent wars.”

Other accounts state that if he is awarded the Medal of Honor, he will be the first African-American of the post-9/11 generation to receive it. At the time he was posthumously awarded the Silver Star, Army officials said that though a roadside bomb set ablaze the vehicle, Cashe’s actions did not merit the Medal of Honor because the soldiers were not in active combat, the Military Times reported.

Later, investigations found that specific details of his actions, including the fact that there was enemy gunfire during his rescue efforts, were left out of the initial report of his attack. “After giving the nomination careful consideration, I agree that SFC Cashe’s actions merit award of the Medal of Honor,” Secretary of Defense Mark Esper wrote in a letter to a group of House lawmakers last month, announcing that he intends to recommend the Medal of Honor for Cashe.

“If he so chooses … I will provide my endorsement (for Cashe’s medal upgrade) to the President,” he wrote.

The Medal of Honor is the only military medal that requires “incontestable proof of the performance of the meritorious conduct,” and also the only one that must be approved by the president on behalf of Congress, according to a report. But before a nomination package gets to the Oval Office, it goes through several reviews and revisions, and this process can take a very long time, the report adds.

In the case of Cashe’s medal upgrade, the Military Times reports that: “Congress must pass new legislation extending the time frame for upgrading the military honors. Under current law, those actions must take place within five years of the heroic act, a deadline that passed nearly a decade ago.”

So when will Cashe be given the Medal of Honor he was denied?

Reps. Michael Waltz R-Fla., Stephanie Murphy D-Fla., and Dan Crenshaw, R-Texas — the lawmakers Esper wrote to –told the Military Times in August that “language on the issue was already included in the House’s draft of the annual defense authorization bill,” adding that they “hope to guide that provision through conference work in coming weeks.”

Over the years, advocates have questioned whether Cashe’s race is partly to blame for the Army’s reluctance to ensure his medal upgrade. 35-year-old Cashe, who joined the Army after graduating from Oviedo High in 1988, was assigned to 1st Battalion, 15th Infantry Regiment, 3rd Infantry Division, based in Fort Benning, Ga. He left behind a wife and daughter.

A petition to the president asking for the war hero to be awarded the Medal of Honor writes that as Cashe worked to save his fellow soldiers from the burning vehicle that fateful October 25, “enemy rounds cracked overhead and impacted around the vehicle in a complex ambush. Ignoring the gunfire, Cashe saw the troop hatch at the rear of the vehicle open. Smoke and flame poured out of the inner compartment, still occupied by 7 soldiers.

“Cashe ran to the opening and reached inside. His soaked uniform ignited as he pulled soldiers to safety. He returned inside the vehicle a second time, bringing more soldiers out. By the third time SFC Cashe entered the Bradley, his entire uniform burned on his body. More Bradleys arrived shortly after the explosion.

“Despite suffering 2nd and 3rd-degree burns over more than 70% of his body, Cashe refused medical evacuation until all his soldiers were treated first. Six soldiers lived as a direct result of his actions…Without a doubt, this man should posthumously receive the Congressional Medal of Honor.”