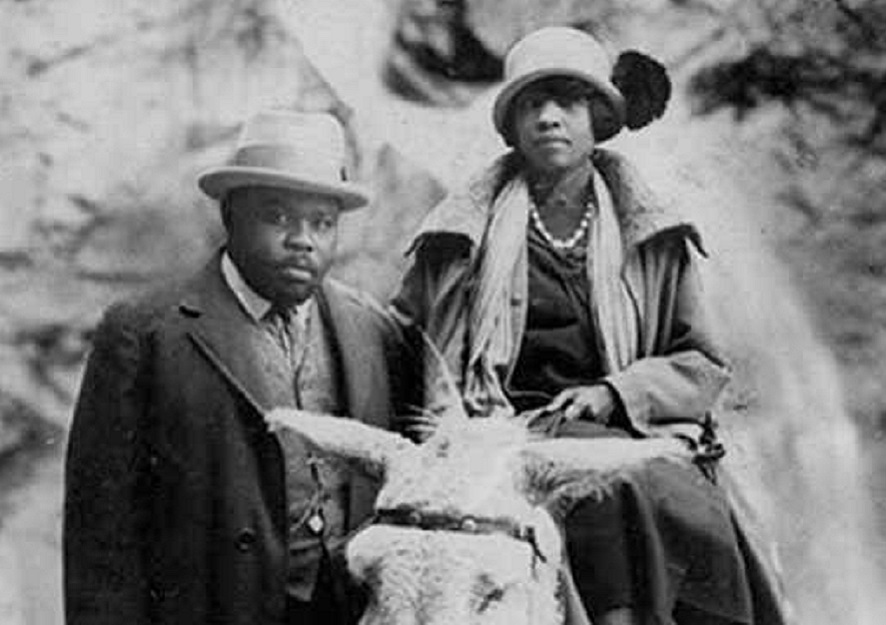 Amy Jacques Garvey once opined that no one could interpret, analyze or unpack the meanings of Marcus Garvey’s words better than she could. In Jacques, Pan African leader Garvey found “a perfect second wife” months after he had divorced his first wife, Amy Ashwood. Interestingly, Jacques was not only a friend but the maid of honor at Ashwood and Garvey’s wedding on December 25, 1919.

When the marriage couldn’t work over differences in needs and ambitions, Jacques became a second wife and more. As one historian noted, she became the “type of black woman that Garvey’s UNIA [Universal Negro Improvement Association] needed – intelligent, industrious, willing to sacrifice self to better her home, community and nation.”

The UNIA, which started in Jamaica, protested against racial discrimination and encouraged self-government for Black people all over the world.

Working as Garvey’s companion and personal secretary before emerging as a central force in the Garvey movement, Jacques grew up in Kingston, Jamaica where she was born on December 31, 1885. Raised in a middle-class home, with her great-great-grandfather being the first mayor of Kingston, Jacques attended some of the most prestigious schools in her country and was often challenged by her father to read widely in order to enhance her knowledge of the world.

By the time she moved to the U.S. in 1917, where she met Garvey and joined his UNIA, Jacques was already well versed in racial discrimination issues and the need to fight the issues affecting people of African descent across the globe. Those steps and more are what she took when she became the first lady of the Interim-Provisional Government of Africa of the UNIA and African Communities League (ACL) in August of 1920, two years before her marriage to Garvey.

And during Garvey’s trial, conviction, and imprisonment on mail fraud charges (1923-1927), Jacques took on a leadership role at the UNIA, becoming more or less its spokesperson while raising funds for Garvey’s defense by publishing two volumes of his speeches and writings as Garvey’s Philosophy and Opinions.

Jacques, while her husband remained in prison, became his personal representative, traveling throughout the country to speak at branches of the UNIA amid several meetings with officials of the organization to execute the directives of Garvey.

What is more, the feminist, Black nationalist and journalist served as the associate editor of the Negro World, the UNIA’s weekly newspaper, and created a women’s page — “Our Women and What They Think” — which highlighted the profiles of leading Black women and Black women historical figures while “placing them at the center of discourse.”

Indeed, Jacques carried out these tremendous roles even though she was frequently ill. In her book where she mentioned how Garvey pushed her into publishing the second volume of his Philosophy and Opinions, Garvey seemed to be a “hard master.”

“I thought I had done almost the impossible when I was able to rush a first copy of Volume II to him, but he callously said, ‘Now I want you to send free copies to senators, congressmen and prominent men who might become interested in my case, as I want to make another application for a pardon.’”

“When I completed this task, I weighed 98lb, had low blood pressure, and one eye was badly strained. Two doctors advised complete rest,” she wrote.

When Garvey returned to Jamaica after he was deported, Jacques joined him, where she continued as a contributing editor of the U.N.I.A. paper in 1927 to 1928 before joining her husband on tours in England, France, and Germany, according to a PBS report. In 1934, Garvey had to move to England, but the self-sacrificing Jacques stayed behind in Jamaica, alongside their two sons, Marcus Mosiah Garvey Jr., and Julius Winston Garvey.

Following Garvey’s death in 1940, Jacques became a contributing editor to a black nationalist journal, the African, published in Harlem in the 1940s and then set up the African Study Circle of the World in Jamaica before publishing her biographical memoir Garvey and Garveyism in 1963, which “helped to stimulate a rebirth of interest in Garveyism,” an account wrote.”

In an analysis of over 150 editorials written by Jacques, one historian concluded that she “raised the consciousness of blacks on social and economic issues that impacted their human dignity and wellbeing.”

And those were essentially the ideals of her husband, who, while in prison in 1923, couldn’t help but appreciate her wife’s support and good works.

He wrote to his supporters of the Negro World: “I commend to you care and attention my wife, who has been my helpmate and inspiration for years, she has suffered with me in the cause of service to my Race, and if I have any sorrow, it is on her account, that I cannot be with her at all times to protect her from the evil designs of the enemy…

“Her tale of woe has not been told, but in my belief that truth will triumph over wrong, I feel sure that a day will come when the whole world will know the story of her noble sacrifice for the Cause I love so much.”