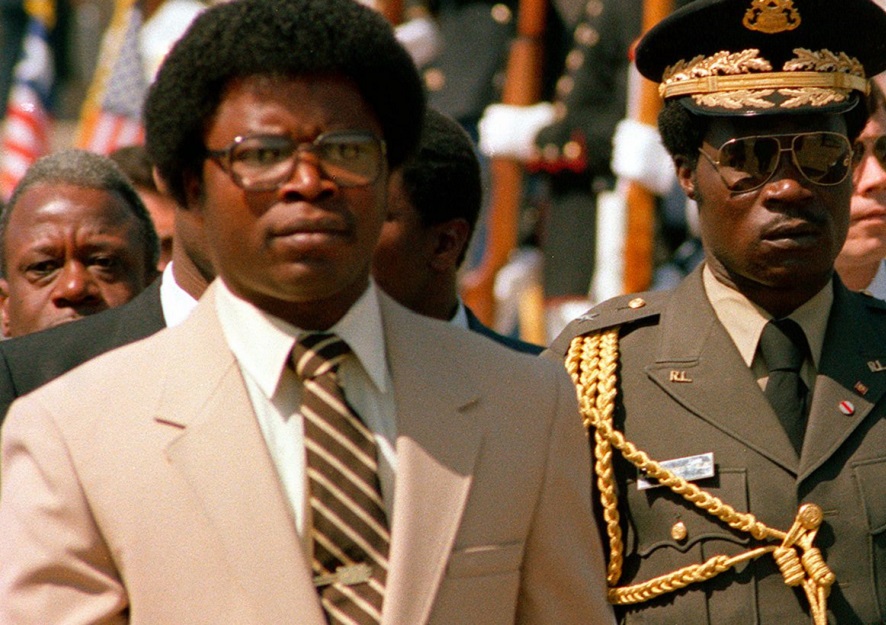 After Charles Taylor was able to put together a militia dubbed the National Patriotic Front of Liberia (NPFL) with the help of Libyan leader Muammar al-Gaddafi in 1989, Liberian defense forces stood very little chance.

The American-educated Taylor had long-held aspirations of becoming Liberia’s leader. This was even before he returned to the West African nation to become the Director General of the General Services Agency (GSA), the government’s purchasing authority, under the government of Samuel Doe.

A little less than a decade before Taylor’s guerilla warfare against the government, he and Doe had been good friends. But in 1983, Doe kicked out Taylor after the latter was accused of siphoning $1 million that belonged to the Liberian state.

Taylor fled to the United States, where he became embroiled in fighting an extradition request by Liberia. While he was detained at the Plymouth County Correctional Facility, Massachusetts, Taylor and a few others escaped custody under very mysterious circumstances.

He would later claim at the International Criminal Court that the CIA had helped him break free from prison. Whatever cloud surrounded his escape from prison, the intention behind Taylor’s return to Liberia in 1989 was actually clear – go back to be lord over all.

Doe was the man Taylor sought to eliminate when NPFL forces marched on Monrovia from the Ivory Coast in December of 1989. Nothing was to stand in their way as both government-friendly vigilantes and army soldiers were laid to waste by Taylor’s men.

The NPFL’s chief training, a menacing man named Prince Yormie Johnson, effectively cleared the way for Taylor’s return to Liberia. Johnson had been a bonafide Liberian soldier, but he turned on Doe, citing mismanagement of the country.

Doe’s end was the extreme culmination of friendships turning sour. But there have been others who argue, maybe fatalistically, that Doe was forced to drink from wells he had poisoned.

Liberia after the 1800s was essentially a classed society along the lines of superior American and inferior native identities. Those who traced their lineage to the freed Black men and women as well as to white Americans who settled in the West African territory bought by the American Colonization Society (ACS) in 1817, refer to themselves as Americo-Liberians.

When Doe led a bloody coup against the Americo-Liberian President William Tolbert in 1980, Doe cut off a tradition of more than 130 years of Americo-Liberian domination in Liberian politics. And after he claimed victory in a fraudulent election in 1985, Doe became the first “indigenous” Liberian head of state.

Before long, Doe’s former friends decided his time was over. Johnson broke away from Taylor’s NPFL in the summer of 1990 but that did not help Doe; it only meant Johnson was no longer under the command of Taylor.

After overpowering the government stronghold of the capital Monrovia, Johnson captured Doe and made an infamous spectacle of torturing him. The torture session was videotaped; as his forces cut off Doe’s body parts, Johnson sat in a chair, laughing and drinking beer.

Eventually, Johnson had Doe executed and his body was laid in state, naked.

For a while, Johnson assumed the presidency of Liberia but fearing a possible attack from Taylor loyalists, the former soldier fled the country and settled in Nigeria until 2004.

Between 1990 and 1997, Liberia was under fragile leaderships that were at the mercy of those with the guns. Soon enough, the country would fall into another horrible civil war which would claim tens of thousands of lives.