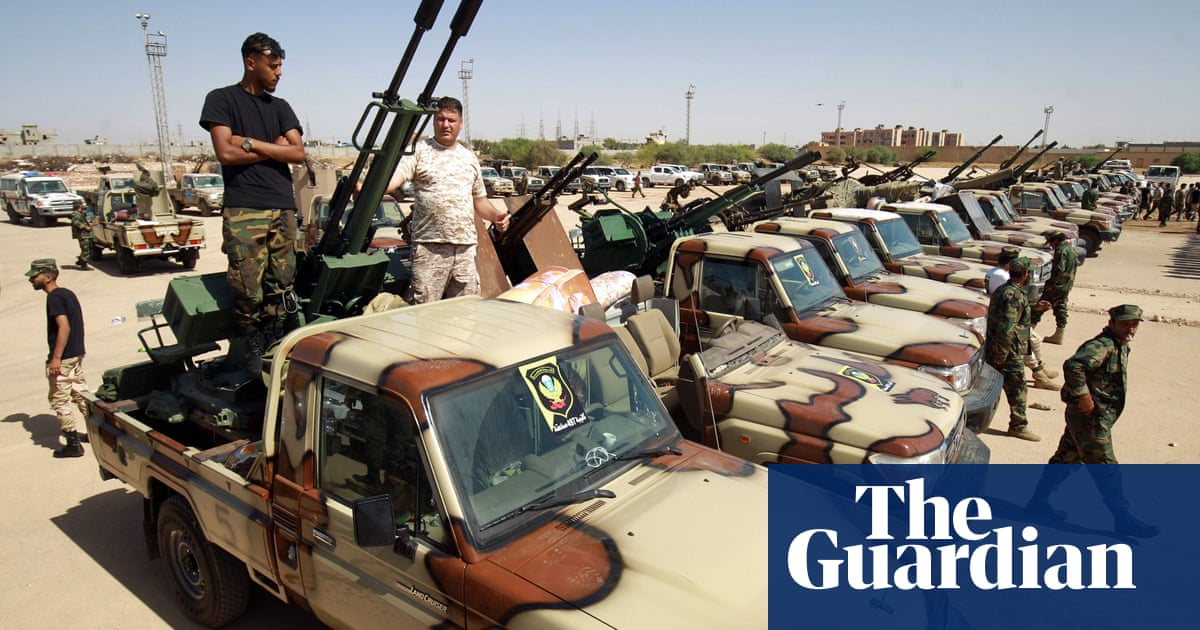 Gunmen have shot dead a prominent female dissident on a busy street in the eastern Libyan city of Benghazi, in the latest killing of a critic of military strongman Khalifa Haftar.

Hanan al-Barassi, an outspoken critic of abuses in the eastern areas controlled by Haftar’s Libyan National Army (LNA), was shot dead in her car in broad daylight on 20th Street, a busy artery in Benghazi’s city centre, rights groups and security officials said.

A prominent figure in Libya, 46-year-old Barassi was known for giving voice to female victims of violence in videos that she broadcast on social media.

She also ran a local association for the defence of women’s rights.

In the footage posted to her Facebook page just before she was shot, Barassi speaks to the camera while seated in her car and criticises armed groups close to Haftar, saying she had been “threatened”.

Barassi’s killing comes nearly a year and a half after the disappearance of another prominent women’s rights activist, Siham Sergiwa, who was abducted from her home in Benghazi by armed men on 17 July and has not been heard from since.

Before her abduction, Sergiwa had criticised an offensive launched by Haftar in April last year to take the capital Tripoli from the United Nations-recognised Government of National Accord (GNA). Relatives believe the former doctor was silenced by forces loyal to the 77-year-old strongman.

The latest murder has prompted an outcry across Libya, with many on social media demanding justice.

News of Barassi’s killing “is appalling and a painful reminder of the reality on the ground especially for women”, said Elham Saudi, a Libyan lawyer who is also known for her defence of human rights.

“With no accountability, violators will continue to get away with literal murder in broad daylight.”

Amnesty International said Barassi and her daughter had received death threats. The organisation noted that her social media page had said on Monday she planned to release a video accusing Haftar’s son of corruption.

“The assassination of Hanan highlights the risk posed to the lives of women who speak up on political issues in Libya,” the organisation said in a statement.

Neither the LNA nor other authorities in eastern Libya immediately released any statement about the killing.

Libya has been wracked by conflict since the overthrow and killing of dictator Muammar Gaddafi in a Nato-backed uprising in 2011.

It has since been dominated by armed groups and divided since 2014 between the GNA and Haftar’s administration in the east.

Both represent coalitions of armed groups as well as regional and political factions. Turkey supports the GNA, while the United Arab Emirates, Russia and Egypt back the LNA. All powers have fuelled the conflict, some sending weapons, ammunition or mercenaries.

It is “reminiscent of other crimes of this kind for which nobody has ever been punished. Authorities in the east must investigate quickly and hold the criminals accountable,” she wrote on Twitter.

In June the LNA offensive on Tripoli ended in failure and a permanent ceasefire was agreed in October. Frontlines have since solidified near Sirte on Libya’s central Mediterranean coast.

Libyan representatives from all sides began direct talks in Tunisia on Monday, under the aegis of the UN, aimed at finding a political solution to the conflict and a path to elections and the formation of a unified transitional government.

On Tuesday, Fatou Bensouda, the international criminal court lead prosecutor, told the United Nations security council that her office has been following reports of the targeting of civilians that voiced opposition to militias in the east and west of Libya.

“We have received information indicating that the … offensive on Tripoli that was carried out by the [LNA] and its supporting forces, forms part of a pattern of violence that involves indiscriminate airstrikes and shelling of civilian areas; arbitrary abduction; detention and torture of civilians; extrajudicial killings; enforced disappearances; and pillaging of civilian property,” Bensouda said.