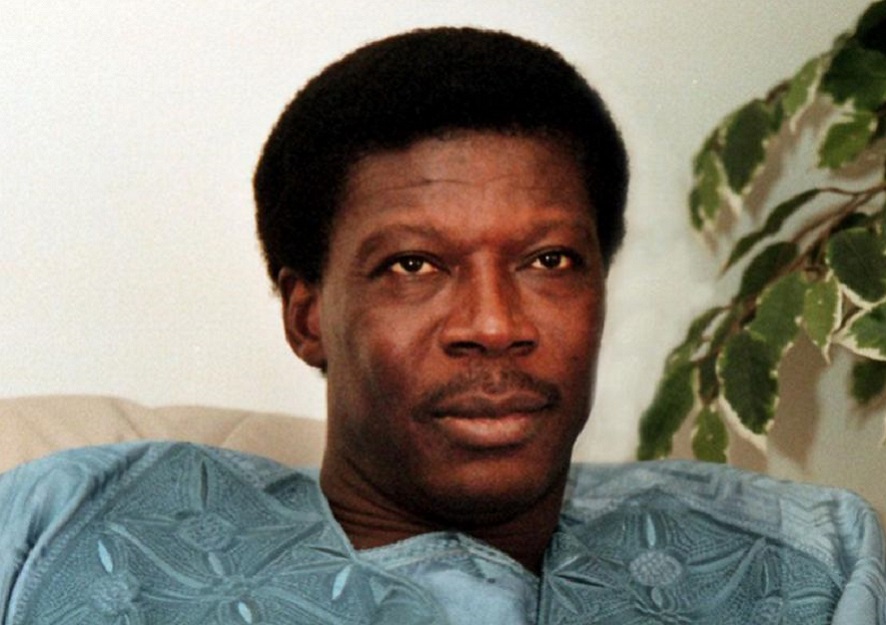 When Foutanga Babani Sissoko’s story was retold by the BBC in 2018, many felt it was almost too good to be true; that a man, who speaks virtually no English, and was from a small Malian village could end up pulling off one of Dubai’s greatest heists in the late 1990s. Alleged to have used black magic, he got the Dubai Islamic Bank to give him over $200 million dollars, and to date, the once fabulously wealthy man has never spent a day in jail for the bank heist.

For 12 years, Sissoko was a member of parliament in Mali, and this gave him immunity from prosecution. Even now that he is no longer a lawmaker, he is still protected by the fact that Mali has no extradition treaty with any other country.

In 2018, it was reported that the Dubai Islamic Bank was still pursuing him through the courts over the financial crisis. And it all began in August 1995 when Sissoko approached the head office of the bank as a businessman looking for a loan to buy a car.

The bank manager at the time, Mohammed Ayoub, agreed to give him the loan and Sissoko invited him home for dinner. There, he told the bank manager that he had magic powers that could double any sum of money. He convinced Ayoub to come to his home again but to carry along some cash when doing so.

“When he arrived at Sissoko’s house the next time, carrying his money, a man burst out of a room saying a spirit – a djinn – had just attacked him. He warned Ayoub not to anger the djinn, for fear his money would not be doubled. So Ayoub left his cash in the magic room, and waited. He said he saw lights and smoke. He heard the voices of spirits. Then there was silence. The money had indeed doubled,” the BBC reported in 2018.

Ayoub believed this was black magic, and thus, between 1995 and 1998, he made 183 transfers into Sissoko’s accounts around the world. The Malian businessman also ran up big credit card bills, which Ayoub settled on his behalf, Alan Fine, a Miami attorney the bank later asked to investigate the crime, told the BBC.

In fact, weeks after the heist began, Sissoko approached another bank in New York. “He walked into Citibank one day, no appointment, met a teller and he ended up marrying her,” said Fine. “And there’s reason to believe she made his relationship with Citibank more comfortable, and he ended up opening an account there through which, from memory, I’m just going to say more than $100m was wire transferred into the United States.”

Court and bank records would later show that between 1995 and 1998, money from the Dubai Islamic Bank was transferred to the following U.S. institutions:

*Citibank in New York received $37.2 million, which was deposited into an account bearing Sissoko’s name

*Barnett Bank in Miami received $26.5 million, which was deposited into an account under the name Abdou Karim Pouye, who has been described by Sissoko’s attorneys as his chief financial officer overseeing daily operations of Sissoko’s businesses

*City National Bank in Miami received $10.7 million for an account in Pouye’s name

*Commercebank National Association in Miami received $400,000 for an account in Pouye’s name, among others.

With these monies, Sissoko was able to open his dream airline for West Africa – Air Dabia, named after his village in Mali. However, his troubles began in 1996 when he was arrested in Geneva, Europe, on a U.S. warrant and charged with trying to smuggle two Vietnam-era military helicopters out of Miami to Africa and offering a $30,000 bribe to a U.S. Customs agent, the New York Times reported.

His lawyers argued that he had wanted one of the helicopters to be used as an air ambulance and the other to join the fleet of his airline. Sissoko, during these tough moments, gained a lot of influential support, and a former U.S. senator, Birch Bayh, even joined his defense team. There were reports that at the time of his arrest, he was expected at a dinner with then-President Bill Clinton.

At the end of the day, Sissoko was bailed for $20m – a Florida record at the time. Right after, the man, who was described as a multimillionaire philanthropist, began blowing all of his money in Miami. He bought about 35 expensive cars – including Mercedes and Jaguar cars for his defense team – rented 23 apartments, married more wives, and gave away large amounts of money to charity – over a million dollars a month.

“He would give away money, but… to my knowledge it was never done in a way that he didn’t get publicity for it,” Fine said.

When Sissoko’s case eventually came to court, he pleaded guilty and received 43 days in prison and a $250,000 fine, which was paid for by the Dubai Islamic Bank, though without its knowledge.

Serving only half of his sentence, he was given early release in return for a $1 million payment to a homeless shelter and was sent back to Mali to serve the rest of his sentence under house arrest. He, however, received a hero’s welcome back home, according to the BBC report.

During this same period, auditors at the Dubai Islamic Bank realized something had gone wrong. When news spread that a large sum of money was missing from the bank, people rushed to the bank to retrieve their savings. The government had to step in at a point in order not to undermine the stability of other banks.

Ayoub, who had then been trying to reach Sissoko but getting no response, confessed to a colleague, saying he believed Sissoko had placed him under a spell. Ayoub was subsequently found guilty of fraud, alongside the bank’s chief accountant, Hussein El Refaie, and given three years in jail. Sissoko never faced justice, despite a Dubai court giving him the same sentence in his absence. Interpol issued an arrest warrant and he remains a wanted man.

Sissoko, who worked as a house servant in India in his youth, started his entrepreneurial journey as a textile trader in that country. In 2018 when the BBC asked him about the bank heist, he said: “Madame, this $242m, this is a slightly crazy story. The gentlemen from the bank should explain how they lost all that money. I mean the $242m. Listen, how could that money have left the bank the way it did? That’s the problem.

“It’s not this man alone [Ayoub] who authorizes the transfers. When the bank transfers money it’s not just one person who does it. Several people have to do it,” he said in his house near his native village, Dabia, surrounded by armed guards.

When asked about Ayoub, he said: “The gentleman you’re talking about, I’ve seen him and met him. The only contact I had with him was when I went to buy a car. The bank bought it for me and I repaid the loan. It was a Japanese car.”

He further downplayed reports that he used black magic to control people.