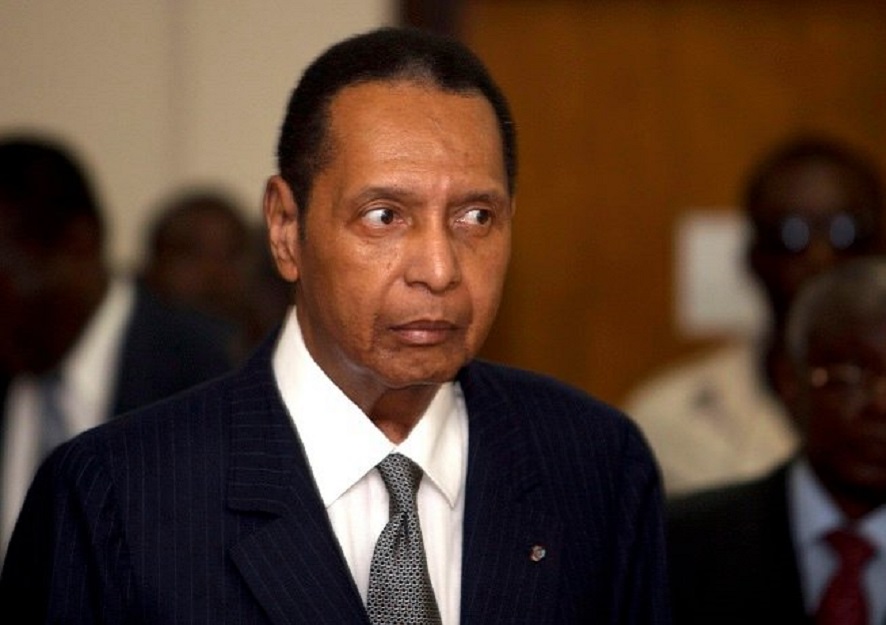 Haiti has had leaders, but many observers say that Jean-Claude Duvalier’s style of leadership torments the island till today. The “Baby Doc”, as Duvalier was called, governed Haiti for 15 years – from April 22 to February 7, 1986 – longer than his father, who had ruled since 1957.

Assuming the post as “president for life”, as Duvalier and his father called it, Duvalier became the youngest head of state at the time. Like his father, he ruled with an iron hand and suppressed effective opposition, largely with the support of brutal paramilitary secret police agents known as the Tontons Macoutes.

Duvalier later relaxed his iron fist, but his extravagancies and the continuous arrest of opponents led him into exile in February 1986 after he was forced from power by a popular uprising. Reports said he had asked France for asylum and the United States for the plane which whisked him from Haiti with his wife, daughter, son, and hundreds of millions of dollars in stolen money.

In France, Duvalier still lived flamboyantly, mostly depending on several accounts in many cities, including Barclays in London and Amro in Geneva. But he lost a huge chunk of money after divorcing his wife in 1993 and some $6 million he held in Swiss bank accounts was frozen in 1986, the BBC reported.

To date, critics allege that more than $100 million was embezzled during Duvalier’s years in power, but he denied such accusations.

For more than 30 years now, the Swiss government and the Duvalier family have been fighting a legal battle over some millions of dollars frozen in Swiss bank accounts. In 2010, a Swiss court ruled that the money (believed to be now $8.3 million) should be returned to Duvalier and his family but the Swiss government introduced a new law as part of measures to counter the ruling.

The BBC reported that under the new law, authorities can “confiscate funds believed to have been stolen and return them to the country of origin, even if the nation in question cannot seek restitution through the courts.” The Swiss government then began legal proceedings to confiscate the funds and return them to Haiti to help it rebuild the nation. But to date, Haiti is yet to see a return of the dollars.

What you should know

From 1986 that Port-au-Prince asked for legal assistance from Switzerland, it was only in 2002 that the Swiss government decided to freeze Duvalier funds in banks in Geneva, Vaud and Zurich totaling 7.6 million francs, according to a report. In 2009, the Federal Office of Justice made it known that the money would be returned to Haiti but a year later, the Federal Supreme Court overturned the decision after a complaint from the Duvalier family, the report added.

In 2011 the Federal Department of Finance applied for the assets to be confiscated. That same year that Duvalier returned to Haiti, he was briefly detained on charges of corruption, theft and misappropriation of funds. A Haitian court further ruled in 2014 that he could be charged with crimes against humanity under international law, and be held responsible for abuses committed by security forces under his rule. He died that year.

Apart from Duvalier’s funds, other people connected to his rule do have millions placed in Switzerland. One of them is Frantz Merceron, Minister for Economy, Finance and Industry of the Republic of Haiti from 1982 to 1985. In a 1987 report by the Haitian Minister of Justice, Merceron was described as “a banker for the Duvaliers who helped misappropriate public funds and accompanied them on their overseas shopping trips.”

SwissLeaks in 2015 revealed that the former minister had an account with HSBC bank. This year, it was also found that he was a customer of Credit Suisse in Geneva. Opaline Group Services SA, a Panamanian company, controlled that account in Credit Suisse, which as of 2011, held more than €4 million (nearly five million dollars), according to reports.

Merceron, who had maintained that the assets were of “a purely private nature”, died in 2005 and his widow Muriel became the beneficiary of the account. Early this year, authorities in Switzerland gave the go-ahead for the return of Merceron’s assets to Haiti by ordering the millions to be confiscated.

But a day after, Muriel died. Merceron’s descendants, alongside the Panamanian Opaline Group Services, then appealed against the decision to confiscate the millions. But the Federal Administrative Court recently dismissed the complaint, ruling that the assets are in the name of Opaline while excluding the Merceron descendants from the proceedings. The legal battle continues amid the chaos and harsh conditions in Haiti.

For about half a century, the Caribbean nation has struggled to overcome the problems of poverty and inequality. It is a country that has also seen the worst of brutal dictatorships in the hands of the Duvalier family.

The African diaspora’s oldest country has also been the unfortunate victim of both natural and Western-ensured tragedies. All of these have worked up a national psyche of survival and very little patience for governmental inadequacies.