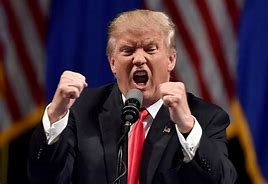 There are some experiences and images that you never forget, no matter how hard Father Time tries to erase them from your memory.

For me it was seeing a horrific car accident as a child, while traveling on a Jamaican highway to the airport with my parents for one of our trips to the United States. I think there were three fatalities, and I could actually see the dead bodies strewn out on the black asphalt in the hot Jamaican sun.

I was reminded of that day while watching Donald trump’s performance last night in that train wreck of a debate with Joe Biden. To say he was an embarrassment is an understatement. He embarrassed his family; his party; his country; and his supporters. Well… maybe not all of his supporters, because the fact that some of them still support him tells me that they have no shame. It was sad.

I won’t even try to critique it as I would a normal debate, because there was nothing normal about it. If Donald trump’s strategy was to make a fool of himself by being the chaos agent last night, it worked. He was all chaos and nothing else. The irony is, of course, that if he had just acted normally and allowed Joe Biden to answer the questions without interrupting like a petulant and fractious five year old, he probably would have scored some debate points. Biden would have no doubt stumbled over some of the answers that he was supposed to give to the moderators questions. Instead, trump kept interrupting and shouting over him, and thus bailing him out from having to answer the questions posed to him by Chris Wallace.

What seemed to have come as a shock to most white folks (and of course no surprise to us black folks who know what we are dealing with trump), was trump, once again, failing to disavow white supremacists when given a chance to do so. He in fact doubled down and told his Proud Boys brown shirt style militia to stand by and wait for further instructions. It was worse than his “good people on both sides” proclamation after Charlottesville, and it has no doubt emboldened those racists who support him even more.

But wait, as they say on the television game shows: That’s not all, folks trump could not even promise to play by the election rules in November, and he once again tried to cast doubt about the American election system by declaring to a shocked nation that he will be cheated by governors and elected officials in states run by democrats.  I won’t even get into his low down smear of Biden’s family, and him calling out his son as a drug addict.

The general consensus seems to be that Biden won the debate. But honestly, I watched it, and I couldn’t tell you the substance of what was being said and talked about.

Jut like a horrific accident on the highway, all I could see was the carnage before me.