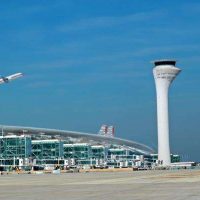 Rwanda is the only nation in sub-Saharan Africa that appears to be approved for travel to the European Union as management of the COVID-19 pandemic continues, according to a list seen by the New York Times.

The short list of non-European nations with citizens determined eligible to enter the EU, beginning on Wednesday, also includes Algeria, Morocco and Tunisia. But it leaves off Egypt, where the Africa Centres for Disease Control and Prevention reports more than 61,000 cases and 2,500 fatalities as of Friday.

The final EU list includes some 18 countries and territories, but it excludes the United States, Russia, Brazil and a host of other nations struggling to contain the coronavirus within their own borders. The U.S. accounts for nearly 2.5 million of the 9.8 million cases on the planet, or about 25 percent of the global total.

The status of China, where the pandemic began in Wuhan late last year, depends on a still-negotiated reciprocity agreement, according to EU sources.

The EU decision process is made difficult by the wide variations in how nations have responded to the pandemic, and is based on thresholds of infection comparable to Europe’s own exposures. According to the Times, citing officials involved in the talks, the European Center for Disease Prevention and Control “warned negotiators that the case numbers were so dependent on the level of truthfulness and testing in each country, that it was hard to vouch for them.”